These Two Great Lightweight Backpacking Gear Lists, 5 Pound or 9 Pound, will save you a lot of pack-weight but still keep a smile on your face. You will most likely be warmer, more comfortable, and sleep better than most campers carrying 2 to 3 times the weight in conventional/heavier backpacking gear.

These two great lightweight backpacking gear lists are suitable for most backpackers on most 3-season trips (spring, summer, and fall) in the lower 48 states of the US as well as most trekking (backpacking) trips world-wide. They will do you proud for: 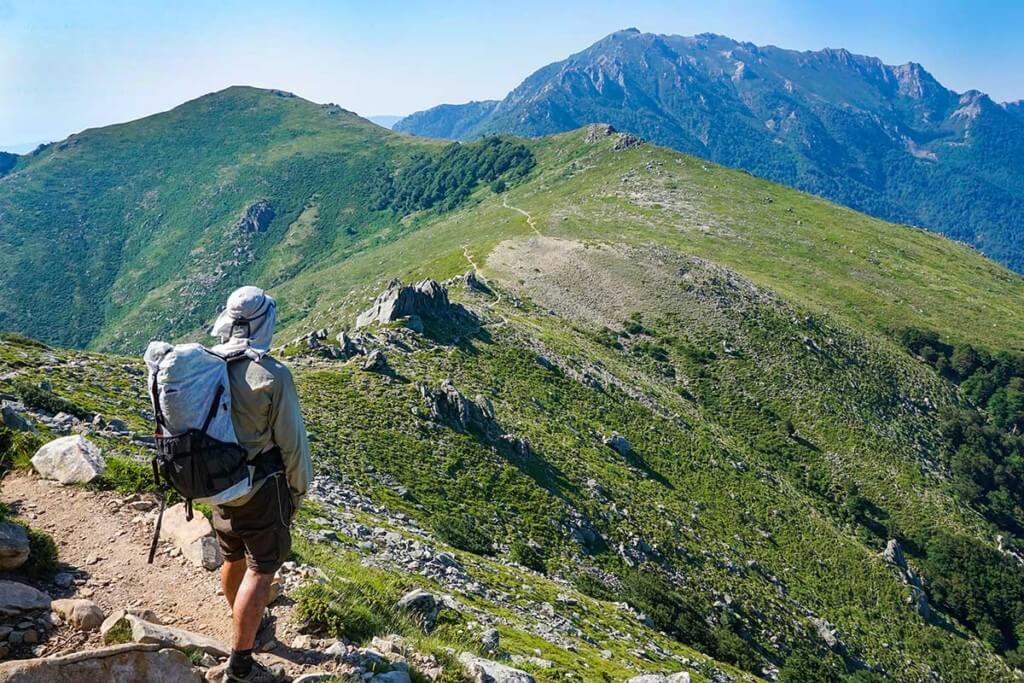 My pack for 8 days:  With a light pack you can cover a lot of trail miles in complete comfort—wanting for nothing. Pictured the HyperLight Mountain Gear Southwest 2400  pack on the GR 20 in Corsica.

Modify These Gear Lists to Your Personal and Trip Needs

By all means, fine-tune these lists to your particular trip needs and/or backpacking style. Just select from the optional or alternate gear items (already included in these lists). In addition, you may wish to use some gear from the 5 Pound List and other gear from the 9 Pound List. Mixing and matching between lists is fine.

The two modifications I often make to the 5 Pound Practical Light Backpacking Gear List are:

Of particular note is that both lists have options for hammock or ground-sleeping (e.g. tent). In areas with plentiful trees like the East Coast of the US I feel that hammock camping has many advantages, see: Hammock Camping Part I: Advantages & disadvantages versus ground systems. When in the Sierras or other areas with few trees, the opposite is true and I usually cowboy camp on the ground in a 7 ounce bivy sack, only putting up a tarp when it is actually raining (or sharing a pyramid shelter). 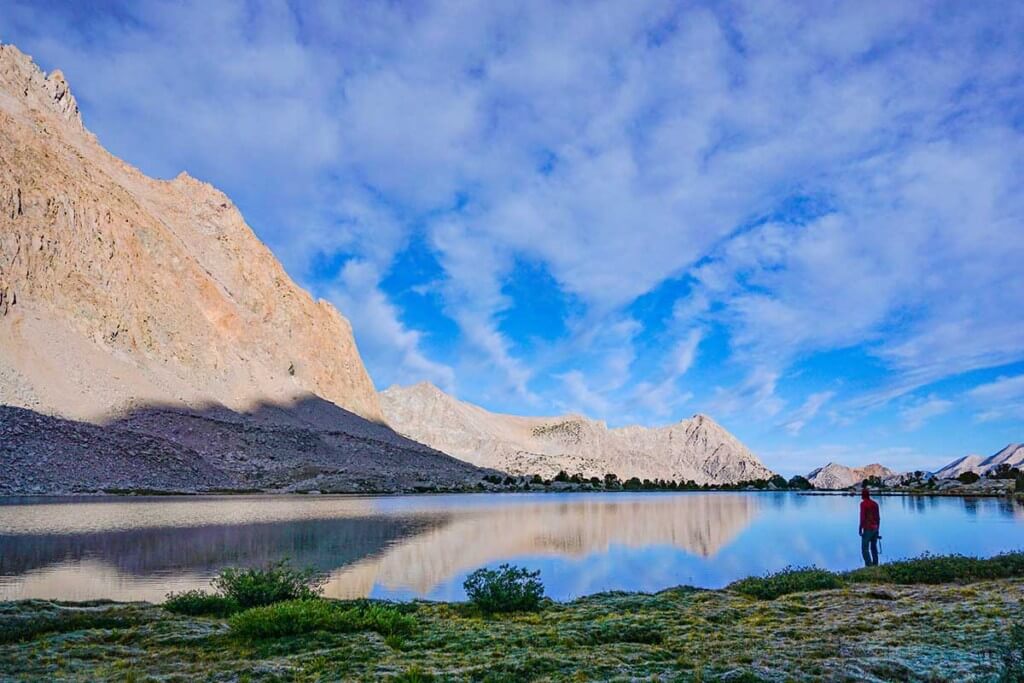 With a lighter pack you can get into some incredible areas like this that few people with heavy packs are likely to visit. (Off-trail in the High Sierra)

Because these cookies are strictly necessary to deliver the website, refuseing them will have impact how our site functions. You always can block or delete cookies by changing your browser settings and force blocking all cookies on this website. But this will always prompt you to accept/refuse cookies when revisiting our site.